What's New in the Office?

20th:  Holiday Celebrations - More information will be coming from your classroom teachers 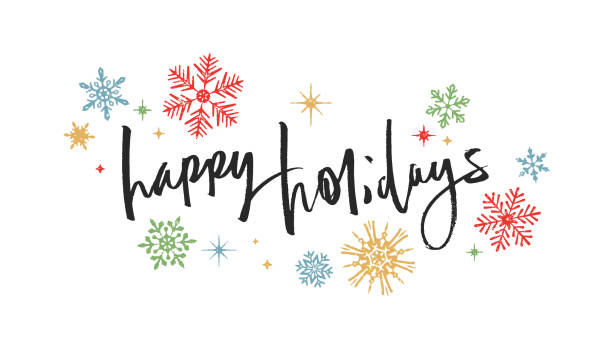 Dress-up Days for the last week before break

We would love your help, so please message me or email me at rstaszakrn@gmail.com.  Thanks again, we couldn't do this without YOU!

It's that time of year again! Time to purchase some books for the holidays and also support our school!  If you were unable to make it, no worries, because our fair is available to shop online from 11/27 - 12/10 at the following address:  Scholastic Book Fair

Hats, mittens, scarves, boots, and warm winter coats are essential during the winter months.  Students will be going out for recess if the temperature is above 10 and the windchill is above 0.  Snow pants and boots are required to play on the playground equipment or field. Please label ALL clothing, particularly snow pants. 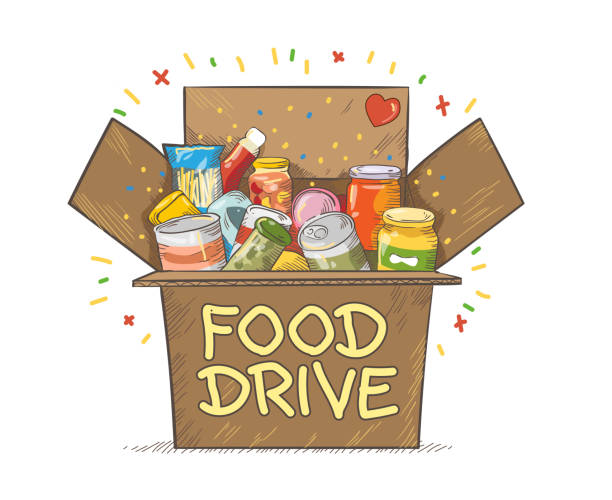 The Mid-Morning Kiwanis Club food drive was a great success this year!  Thank you to everyone in our Oakwood family for your help.  We were able to collect 1,061 items which far exceeded our total from last year's collection.  We will help many families in our community due to our generous support.  We should all be proud of our willingness to help others!

Click on the tabs below to see what news in art, music and phy ed at Oakwood! 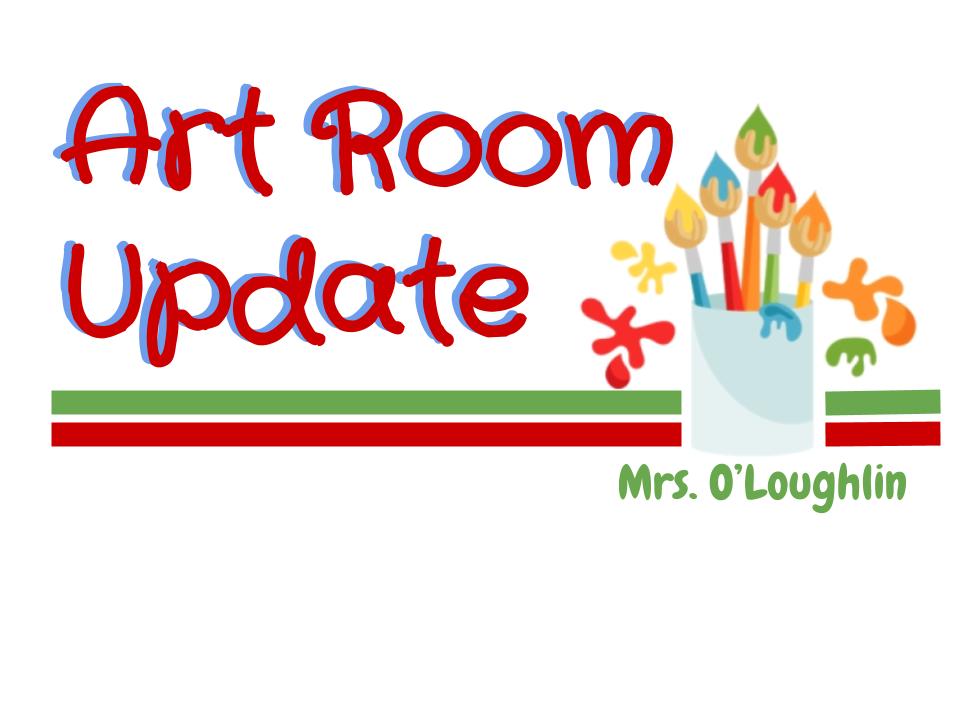 Please welcome UWO student teacher Ms. Antoinette West to the Oakwood art room. This month Ms. West will begin taking over as the lead instructor in the art room, under the supervision of Mrs. O’Loughlin, in order to complete her student teaching and graduation requirements. Ms. West is an art education major at the University of Wisconsin-Oshkosh, the past president of the ArtsCore student organization, the publicity coordinator for the education Honor Society, and a WAEA art education student. We are delighted to have her as part of the Oakwood family!

What is my child doing in art this month?

Welcome to the Oakwood Music Newsletter!!

WOW! How time flies when you’re having fun! December is already here and the snow will be here soon. In the music room, we have been busy working on the elements of music. Concepts like tempo, dynamics, rhythms, and form have been talked about, written about, and experienced extensively.

This year’s concert for K-2 was called “Heroes and Villains”.

It was performed on November 19th at Oshkosh West High School auditorium. The kids did a magnificent job and the stage looked great. Congratulations Kindergarten, 1st, and 2nd grade students!

WHAT IS MY CHILD DOING IN MUSIC??

2nd grade: Opposites in music review, Instruments of the Orchestra

In December, we have the Scholastic Book Fair during the first week, which allows us only half the gym. During that time, we will be doing cup-stacking followed by a school wide bowling unit.  In January, K-2 will be starting a ball manipulation unit, (basketball type skills) and grades 3-5 will be starting a basketball unit.

Looking for the gift of learning?  Below are some top rated FUN math games for kids. List taken from bouncebackparenting.com. Games can be found at Amazon.com.

Zeus on the Loose –  This game is super fun, and is a game we take camping and play with other grown ups too – definitely not just math practice for kids; it’s a favorite family game. This is a math-centered card game that nurtures quick addition skills as you try to get Mount Olympus (the discard pile) to reach 100 and steal Zeus.

The game play moves quickly and you can play 4 to 6 rounds in about 15 minutes. It offers enough strategy to keep you excited and engaged, but not so much that each move becomes a drawn out decision process.  I’m not surprised to learn this Gamewright game has also won multiple awards including the Dr. Toy’s Smart Play/Smart Toy Award. It is replacing Uno as our go-to quick family card game (though that always has a place in our hearts, of course).

Sequence Numbers – All of the Sequence board games get high ratings for their pattern seeking fun. This one brings in addition and subtraction practice. Reviewers tell us that the mathematics involved are best for kids first grade through third grade – or to help older kids brush up on addition and subtraction skills. One review from a teacher mentions that though she thinks of this as a game best for younger players, she extended the age/skill range of playability of this math board game by making some more advanced cards.

Cloud Hoppers Subtraction Adventure with Aliens – My son and I enjoyed this subtraction game enough that the next day he requested, “Can I finish my chores and then we can play Cloud Hoppers again?” It’s a fun way to practice subtraction and addition, and the story sparks imagination. You get two aliens who are trying to hop through the clouds to get to the magical flower.  Each turn you roll a 10-sided die to see what to subtract from your current number -to decide where to go next. There’s a little bit of strategy because certain clouds have special powers like moving you further along, bumping you back to your ship or skipping your next turn. You get to decide which of your two aliens to move. You win by getting both aliens to the flower.

With both Logic Roots games we’ve reviewed (you’ll see another in our multiplication games below), we’ve been impressed with their ability to make math practice fun, but we’ve also found we had a few rule questions we were uncertain about. However, we found it very easy to make up our own rule clarification on the fly.  I would recommend their games if you have a child who needs to brush up on or practice math skills.

Learning Resources I Sea 10! Game – This math board game helps kids practice adding numbers up to 10. The Sea 10! game is flexible and can be played in easier or harder ways depending on how kids are at “seeing 10” with groups of numbers. Kids just getting a handle on adding to 10 can be looking for 2 numbers that together make 10. Kids who are more practiced can look for 3 addends to make 10.

Sum Swamp – One of the best math board games for kids just learning adding and subtracting is another pick from Learning Resources.  Sum Swamp has kids using a couple of number dice and a math symbol die to make equations that tell how many spaces they get to move on their turn. They’re trying to make it across the swamp, hopping across the boulders.

Monster Sock Factory – Logic Roots sent us Monster Sock Factory to try out, and my 9-year-old said, “I give this game a rating of: fun!” We both agreed we’d like to play again. That’s awesome because in this game, you get a ton of practice with multiplication and skip counting – hoping to keep up these skills over summer break!

To play, it’s kind of hard to explain, but it’s more simple than it sounds.  On your turn you’re packing “sock packets” for the monsters. Depending on what the order card says is what you pack – so if you got a 21, you could pack 3 of the 7 sock packets, or 7 of the 3 sock packets (makes sense, right?). You’re trying to pack away the most socks in a turn.

The pictures are cute and help kids get a good number sense because each monster is wearing the corresponding number of socks and part of the game is counting up to the number as you pack the socks. Highly recommended for 3rd - 5th graders. 2-3 players at a time.

Sumoku – Great for mental math, this crossword-style number game has you seeking combinations of numbers that add up to multiples of the “key number” (which you find from an included die). One homeschooling mom’s review says she enjoys not only the addition and multiplication practice, but the fact that this game is actually fun for her and her daughter – win-win.

Super Genius Multiplication is a multiplication matching game from Blue Orange games (love them!). The cards remind me of the seeking skills used when you play their famous game Spot It!, only you’re using your memory of multiplication facts for spotting a match instead of matching pictures.

Math for Love Prime Climb – This game gets very high reviews as one of the most fun math board games. You use dice to roll and add, multiply, subtract and divide to climb your way to the center of the board. The game involves enough luck and skill that everyone can play, and it’s a fun way to practice math facts.

Bedtime Math – Okay, not a board game, but we LOVE these books so I wanted to be sure to let you know about them for fun math practice. The Bedtime Math books include multiple quick stories (think a few paragraphs) the short story is followed by three related math problems at three different levels from easiest to hardest. The varying levels make it possible to have a math problem for each kid to solve (from 6-year-old to 9-year-old to 11-year-old).  It’s been such an unexpected delight to do math at bedtime, I never would have guessed how popular these would be. The kids keep asking for them, and the stories are quite short, so it’s easy to say yes.

Learning Resources Head Full Of Numbers – Set the timer and create as many unique, correct equations as possible. Players can use addition and subtraction or multiplication and division, making this a flexible math game for various skill levels.  Recommended for ages 7+.

Albert’s Insomnia – This mental math game helps kids practice addition, subtraction, multiplication, division and order of operations. One reviewer says that not only has she been playing it with her 6 & 8-year-olds, she also will play it with her husband, making it a true family game – fun for everyone.

Think Fun Math Dice – Sometimes simple is good. This little set of dice and the game would make a good stocking stuffer and the game that goes with it is very easy to learn. You roll two dice to get your “target number” then use the other three to make a math sentence using addition, subtraction multiplication, or division. They also make a Jr. Math Dice game for younger players (Thank goodness for those of us who have a youngest kid who gets so mad when it seems like all the games are only for the big kids…)

The Oshkosh Area School District invites families to explore all that Oshkosh has to offer. A variety of community events, activities, and resources are available on the District's new Community Links webpage. This listing is updated in real-time so please check back often to stay in the know!

Check out the latest issue of the Home & School Connection!

Children are more successful when they have support from their parents. Home & School Connection gives parents practical tips so they can: